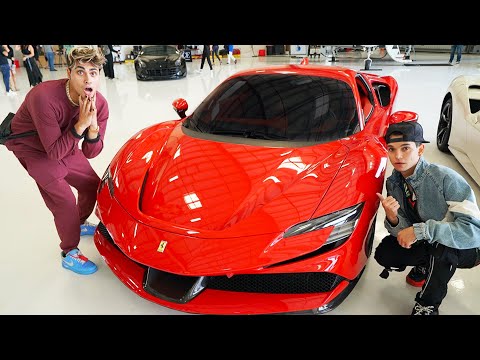 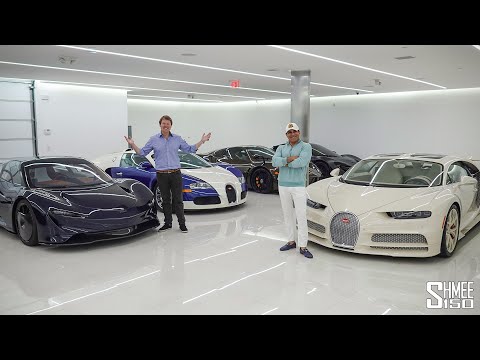 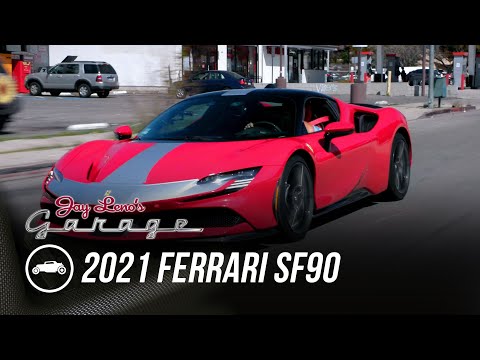 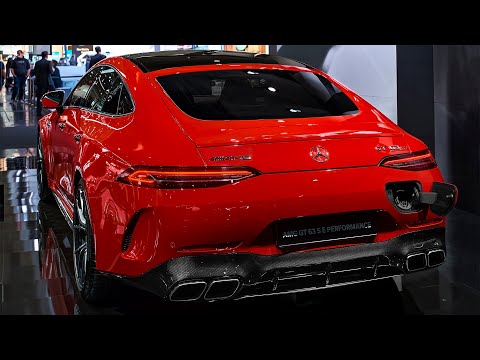 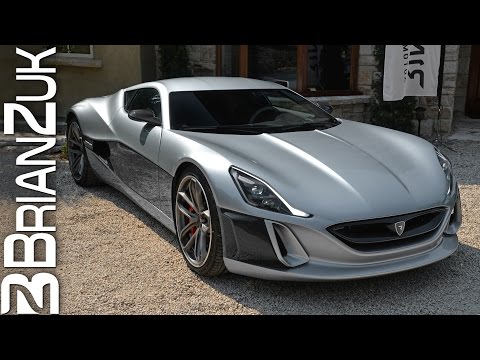 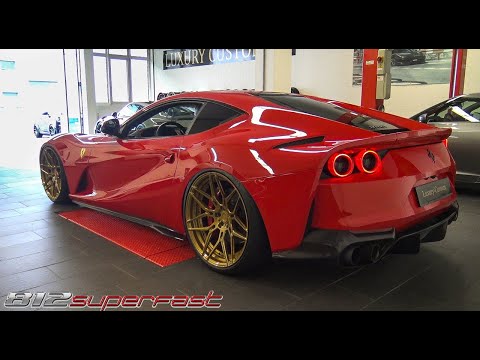 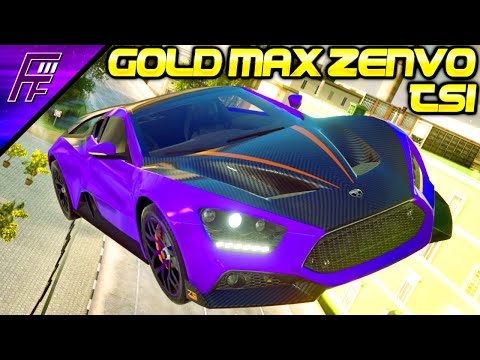 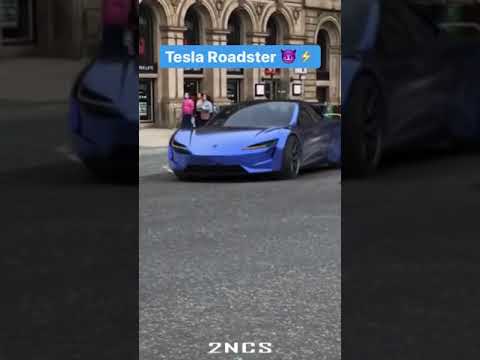 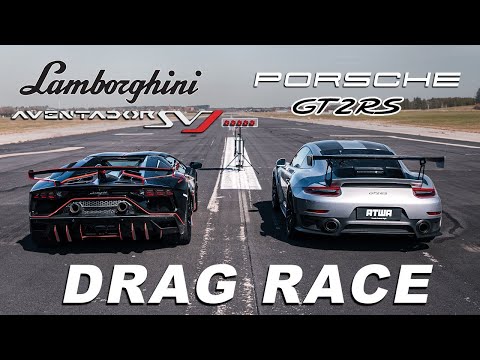 FORD ON THE PRECIPICE OF IRRELEVANCE.

Detroit. With last week’s column still rocking the denizens of Dearborn, a follow-up is in order. I heard from a few Jim Hackett defenders who suggested that my criticisms were overly harsh and that I was borderline unfair in my assessment of the Ford CEO.

I beg to differ.

I didn’t suggest that Hackett isn’t a smart man, because he is, but his track record speaks for itself. And despite his accomplishments in other businesses, the automobile business is one of the most difficult and relentlessly complicated endeavors on earth, and if you don’t have an engineering background or haven’t been immersed in the business for years, it’s damn-near impossible to get up to speed. And Jim Hackett is perpetually not up to speed. Making vague pronouncements about “fitness” and promises that “it won’t be long now,” while lecturing top managers about how they have to get their minds right – and handing out books by theoretical physicists – isn’t cutting it. It ignores the fundamental fact that Ford is in a real state of urgency at this very moment, and as I said last week, Hackett is simply the wrong guy, at the wrong time, at the wrong company.

And about this urgency facing Ford right now? The company is in an ominous downward spiral, fueled by a pitiful strategy – or lack thereof – that focuses on contraction, pulling back from regions, making excuses and generally putting the Ford Motor Company on a path to becoming susceptible to a takeover, despite the family’s stock position. The juggernaut F-150 is a phenomenon and responsible for the majority of the company’s profitability, but as hugely successful as that product is, it’s not enough to power the company forever.

Ford business is down everywhere in the world, in some cases by double digits, and it’s not getting better. What about growth, which is the lifeblood of any company? It’s nowhere to be found in Hackett’s strategy, unless you count the drunken-sailor-like spending on Mobility. Talk about vague. Spending on “mobility” is like betting on the come that’s just not there, and even if it should happen to work out for the company, Ford’s slice of the mobility pie threatens to be miniscule, at best. Needless to say, a “zero growth” strategy does not bode well for the long-term health of the Ford Motor Company.

This has to be unacceptable and worrisome to the board of directors, and with a board meeting coming up next week, the situation may have reached the point of being untenable. And what about those board members? How can they sit back and watch this train wreck unfolding without doing something? Why has it taken so damn long to get worried about the state of the company? It was more than a little apparent, given the warning signs emanating from Wall Street, that the Jim Hackett Show wasn’t exactly garnishing rave reviews early on. And it didn’t get better. One year passed and… crickets. Twenty-three months on now in Hackett’s regime, and absolutely nothing has changed. I would expect the board of directors to recommend substantive changes immediately when they meet. If it doesn’t, I would start worrying about any kind of meaningful future for the Ford Motor Company, the situation is that dire.

As you might imagine, these developments have piled up on Bill Ford Jr.’s plate by the month, and the pressure has to be mounting. He has to share the blame, because he clearly allowed things to deteriorate on his watch, and now it has reached a boiling point. He made a shrewd move in hiring Alan Mulally and it paid off brilliantly, but that is ancient history now. Alan isn’t coming back. Ever since Mulally left, Ford has been in turmoil, with factions facing off and fiefdoms battling it out, which is exactly the way it was before Alan got there.

And judging by what I hear from within Ford, it is worse now than ever before.

Mindful of all of that turmoil, now Bill Ford Jr. has one more ultra-critical issue to deal with, and that is the fact that the Ford Motor Company is completely devoid of a legitimate succession plan. How can that be, you might ask? Well, Bill Ford Jr. is the chairman, and of all the family members it remains up to Bill to be the captain of the Ford ship. Other family members either aren’t up to it, are not capable, not interested or too young. So, Bill is The Guy for the foreseeable future.

But who does he turn to? Let’s say Jim Hackett is asked to leave, or departs for greener pastures, or goes back to the mobility arena, where esoteric think tanks and future navel-gazing are part and parcel of the gig? That’s all well and good and would be a hugely positive move for Bill Ford, but then what?

Upon closer inspection – and the board should pay attention to this – Ford is in a world of hurt with a painfully shallow bench and very few executive assets worth noting. For a major American company, this isn’t just tragic, it’s unconscionable. Let’s take a look at the players.

Kumar Galhotra. Ford’s North American boss presents well, at least initially, but there’s really not much “there” there. Bright and personable, Kumar just doesn’t have the heavy-duty chops to be thrust into a CEO role. The knowledgeable people at Ford understand this implicitly.

Hau Thai-Tang. Hau is brilliant, gifted, well rounded, and Ford’s chief of product development. He has “The Future” written all over him, but he’s too young to be CEO. He needs another seven to ten years, but if I were running a new auto company, I’d poach him… like yesterday.

Jim Farley. As I wrote last May, Farley is the most dangerous executive at Ford. Unfettered by rational thought and untethered by accountability, Ford’s enfant terrible displays a prodigiously short attention span and is burdened by an excruciatingly painful interpersonal awkwardness. To make matters worse, Farley’s belligerent, condescending style of dealing with underlings has made everyone in the company loathe being around him. Farley, not affectionately, is known as “The Two Jims,” and interactions with him are a crapshoot, hinging upon whether people encounter the “good” Jim or the “bad” Jim on a particular day. Needless to say, when the “bad” Jim is unleashed, which is basically all the time of late, he leaves a trail of bad feelings and highly questionable decisions in his wake. And, in case you’re wondering, all of those Ford regions underperforming? It’s happening under Farley’s watch.

Farley has long considered himself to be “the smartest guy in the room” at Ford, much to everyone’s endless chagrin, because the reality is that he isn’t. It’s a carefully crafted façade that is hollow to its core. Farley’s bad executive behavior starts with his inability to listen, considering his own counsel to be by far the best source when it comes to decision making. Farley has left such a bitter taste in people’s mouths that if it were possible, a mutiny would be mounted – with pitchforks raised – to get rid of him once and for all.

When Mark Fields was exited from the company, not only did Bill Ford bring in Hackett, he brought Farley back from Europe (much to the disgust of many back in Dearborn), and made Joe Hinrichs and Farley co-No. 2 executives reporting to Hackett. And it proved to be a fateful decision, because at that very moment Farley decided that he was very much going to be The Guy.

As I said previously, an emboldened Farley, unfettered and untethered, turned out – predictably – to be disastrous. With his eyes set firmly on Hackett’s job, the very worst of Farley returned to Ford headquarters, only now his most repugnant qualities were magnified and amplified, with no one seemingly able to rein him in.

Besides his now-signature belligerence and rudeness in full view, Farley started to get way out ahead of his skis, making decisions that were puzzling at best and potentially harmful to the long-term health of the company. Having been gunning for Ford’s advertising agency – the WPP-owned GTB – for years for slights both real and imagined, Farley almost immediately put the massive Ford account up for review. This, after WPP/GTB had been involved with Ford for 73 years. Could the advertising be improved? Certainly. But there was a better way to go about it. Destroying a long, fruitful relationship to assuage Farley’s gargantuan ego was flat-out irresponsible and uncalled for.

And then there was the “we’re going to get out of the car business” decision that turned out to be an unmitigated PR disaster, because it was handled poorly and came off as a knee-jerk pronouncement that hadn’t been thought through. It turns out that the idea was Farley’s (no big surprise), wittingly or unwittingly aided and abetted by then CFO Bob Shanks. And internally it bore the signature of a classic Machiavellian move by Farley as well, because Joe Hinrichs was kept in the dark that it was even going down until the very last minute, which is almost beyond comprehension when you think about it.

Am I picking on Farley? Hardly. I have only scratched the surface in describing this raging egomaniac and his fundamental untrustworthiness, and the sad thing is that there are several other areas he is seeing fit to mess with inside of Ford that will wreak havoc on the company’s future for years. This simply shouldn’t be, of course. One bad actor shouldn’t be causing this much consternation and hand-wringing throughout the enterprise, threatening to jeopardize everything the Ford Motor Company stands for.

This is another thing that falls squarely on Bill Ford’s shoulders. Both he and Jim Hackett knew that Farley was a bad actor at Ford well over a year ago, and yet nothing was done about it. Where is the accountability? Why has this situation been allowed to continue? Those are questions for Bill and the board of directors when they meet next. Jettisoning Farley would give the company an immediate lift and send the very best signal that things will be different from here on out, and I would hope Bill and the board have the guts to do it. If they care about the future of the Ford Motor Company, Farley will be packing his bags and taking his corrosive act elsewhere.

And finally, there’s Joe Hinrichs. Joe has had to put up with a lot at Ford over the last half decade or so. He was passed over for the top job after Mulally left, and he was passed over again when Bill Ford hired Jim Hackett. In the meantime, Hinrichs kept grinding away, making sure that the company could execute the product plan and build the vehicles the company needed to build. Hinrichs isn’t flashy, but that’s okay. He knows the Ford Motor Company inside and out, and he would be the absolute right choice to replace Hackett. And make no mistake, promoting Joe would give Bill Ford more time – easily five solid years – to really calculate the future direction of the Ford Motor Company, and who will lead it.

There is no question in my mind that Ford is on the precipice of irrelevance, and the decisions made in the next few weeks could very well determine the future of the company.

I sincerely hope that the right decisions will be made.

And that’s the High-Octane Truth for this week.